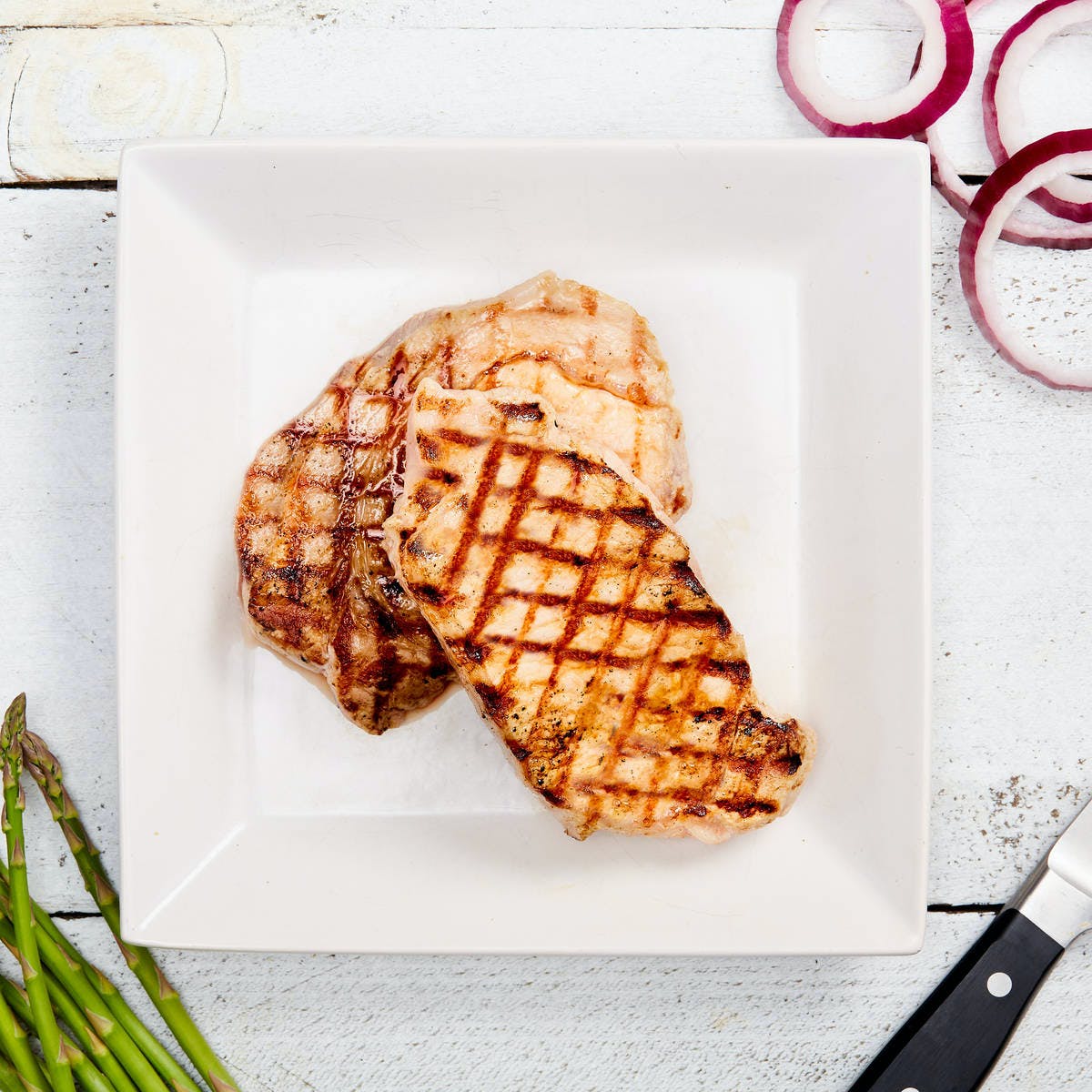 Boneless pork chops are cut from the pork loin, a piece from the middle to backside of the pig that has had the rib bone removed. It's a versatile piece that's low in fat and high in protein. Compared to a bone-in chop, the lack of bone means it'll cook faster but is also more likely to dry out if overcooked. Western Garden Farms Pork raises their all natural pigs on an vegetarian diet in the Midwest. Their pigs are never administered antibiotics or growth hormones are are American Humane Certified.

COOKING TIP: There's so much you can do with these boneless pork chops. They can be breaded and pan-fried, seasoned and put on the grill, or marinated and baked. If you're feeling a little wild, try wrapping your pork chops in bacon. First, season the pork chops with salt, pepper, garlic powder and any other dry seasoning you fancy. Then, wrap each chop with about 2 thin slices of bacon and brush all that goodness with some maple syrup. Pop them in an oiled baking pan and into the oven until they reach an internal temperature of 145°F. You can even broil them at the end if you want to crisp up the bacon further.